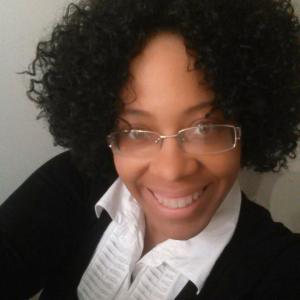 How does a Fisheries and Wildlife Scientist/Biologist end up becoming  a Marriage and Family Therapist focused on trauma? Well, you must be a avid learner and a bit of a risk taker.   I began my education and professional career as a natural scientist.  I was taught to observe the world, research and to understand the processes happening outside of view. This career path interested me until began to dissect and quantify what I loved, nature.   In my early twenties, I taught informally as an outreach manager at the Maryland Zoo, I was nicknamed “Black Hannah” (a riff off of Jack Hannah) because my job was to take animals from the zoo and educate the public on conservation.  I learned while working at the Zoo, which was located minutes from my Father’s birth home, that the children who looked like me were afraid of the animals I brought.  This saddened me as my love of people and their freedom from fear, was something that I always wanted to address. Within this job,  I co-wrote two Title I grants to serve these schools for free due to the need within these communities.  Yet, I felt I could only “scratch the surface” of the needs within the Baltimore Community where I lived.  A short time later,  I became a Baltimore City Public School teacher and taught at the school where my Grandfather had attend as a boy in order to expose children to the natural world in a deeper way.  The school where I taught was a tough place, as it was located in a region where poverty, drugs, gangs and abuse were commonplace.  I loved my students and was inspired by their bravery and intelligence on a daily basis.  Many had to traverse through several obstacles just to get to school and when they got there, there were conflicts within and around them.  I taught several students who had been directly exposed to trauma or were experiencing vicarious trauma just by being in the school environment. Often on parent/teacher nights, I would have one or two families out of 60 come and see me, very few families were engaged.  I spent time talking to my students about their lives outside of school then I was probably “supposed to” because, I wanted to make a real difference.  I began to consider that I wanted to make a lasting change in the lives of students and families and decided to pursue my Master’s degree in Marriage and Family Therapy.  So, as a young single woman in her early 30’s, I decided to move to Hawaii to do so.

While completing my Master’s of Art’s degree at Argosy University in Honolulu, HI, I also had a one year practicum was working with men, women and children who experienced domestic violence and/or sexual abuse.  I ran groups for women who were survivors of domestic violence and for men who were perpetrators of sexual abuse.  I gained an invaluable experience of understanding how trauma affects the lives of adults and consequently families.  After graduating, I immediately landed my dream job in Hawaii.  I worked for a Substance Abuse and Mental Health Division System of Care grant that offered trauma treatment to young women and community training on trauma to the island of Oahu.  I was a supervisor and was gifted the opportunity to be a participant in the first Trauma Focused Cognitive Behavioral Therapy Learning Collaborative on the island.  I studied trauma, facilitated workshops and was a two- time speaker at an international conference.  The best part of my job was working directly with girls and their families who experienced multiple traumas in their life experiences. I learned first hand the power of resilience.

In 2013, I gave birth to my lovely son and my world shifted.  I moved back to the East Coast (Maryland) and took care of my son for a year while working as an adjunct professor at Howard Community College. I taught two courses while there, one was Introduction to Psychology and most of my students were first or second year students.  My second course, I taught was Adolescent Psychology and most of the learners were teachers needing additional credit hours for recertification.  I deeply enjoyed teaching again in my area of interest.

After a year, I found a job in Virginia and moved again and started anew in the small community where I had gone to high school.  I began by working at a local therapeutic and crisis organization that performed forensic interviews for children who experienced sexual abuse.  Unfortunately, my schedule and raising my son did not allow for me to stay within this job for long so I transitioned to becoming a therapeutic day treatment counselor.  While working at an elementary school in Rockingham County, I had the opportunity to take on clients who had trauma backgrounds or adverse childhood experiences once again. I was so proud to serve the community that I grew up within and while there sought to serve schools, families and youth within the area through meaningful clinical work, consultation and in-service trainings.

In January 2017, I decided to pursue my dream and move back to Hawaii. The journey coming back was rocky but has been worth it. I continue to serve children and families by working at community mental health agencies. –  Ellen S. Wright